Why You Need A 30 Day Fundraiser 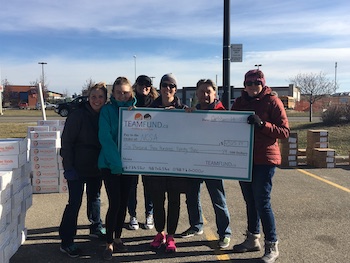 Let’s set the stage.You’ve just been appointed fundraising manager for your kid’s team. It’s a big honour, but you know it’s also going to be a lot of work. Your coach comes to you and says that the team is going be in two tournaments in the next 3 months and you need to raise $3,000… in the next 30 days to pay for them. How are you going to do it? Is it even possible? 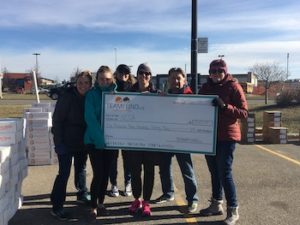 Let me tell you right now, not only is it possible, it’s a better way to fundraise. Active fundraising with a specific goal in a short time period is going to raise you much more money than any passive fundraiser in a year.

The reason for that is simple: everyone is focusing on profits. One of the biggest drawbacks of all the passive fundraisers is that they’re based on the hope that the parents you’re working with are going to remember throughout the year that they need to be buying specific items. It becomes hard to get people committed to the cause when priorities shift, meaning that some families will forget to raise and others won’t raise enough!

With active fundraising, every parent you are working with is on the same page. They know that there is a set goal that they need to reach to raise money for the team. With a 30 day time limit, parents are highly motivated to reach out to their networks and sell the products. This changes the fundraising game entirely from the passive fundraisers as now parents are actively looking for opportunities to raise the money your team needs. Your fundraiser becomes so much less about keeping parents interested, and more about making profits for your team. 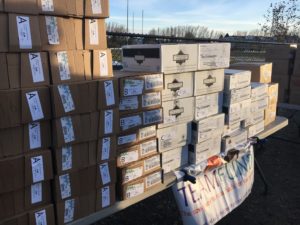 Another advantage of the TeamFund 30 day fundraiser is that it is focused on letting you sell products your buyers actually want.

There are so many fundraisers selling wrapping paper, or gift cards, or giving you a commission when grandma buys under-armor… All of these things are fine to have, but they’re guilting people into buying them. No one has ever ‘NEEDED’ a gift card to Canadian Tire. Grandma doesn’t need highly breathable, sweat-wicking running socks. But all of these people you know feel compelled to buy from you because they’re trying to help you.

TeamFund focuses on selling food, which allows you to remove the guilt factor from your sales and power through your 30 days. Having a good product that people actually want and need completely removes the apprehension from selling to friends and family.  Everyone, including grandma, needs food. Now you and your team of fundraisers are able to provide an amazing product to people that they would have bought anyways from their local grocery. Instead of dreading conversations with you about raising money, your friends and family are going to be looking forward to the month that you are able to bring them the tastiest food in the city.

[See why food fundraising is the rage]

Not only that, getting your fundraising done in 30 days means you are done. No more going after friends and family. No more worrying about if you’ll be able to afford your next tournament. You have raised your money in 30 days. You are done. This can make all the difference in a busy parent’s life.

Too often, low priority commitments, like passive year-round fundraisers, get put on the backburner but never really leave our minds. This just adds to the anxiety and stress you need to endure every day. Putting your fundraiser front and center for 30 days means you get it straight out of the way. You know you have raised enough money for your team the second your order is in, and you can relax and enjoy the fruits of your labour.

Fundraising is not meant to be something that you sit back and stress about. It is about getting out there and making money for your kids. Doing a 30 day fundraiser put you in control of how much you raise for your team, how you interact with the people you’re selling to, and how much stress you need to carry for the year. If you’re still unsure about whether a 30 day fundraiser is right for you, download our guide to raising $3,000 in less than a month. Get your fundraising done quickly, and effectively with a 30 day fundraiser.

If you know someone who is still doing passive fundraisers, share our link! Let them know how they could be making more and saving time.