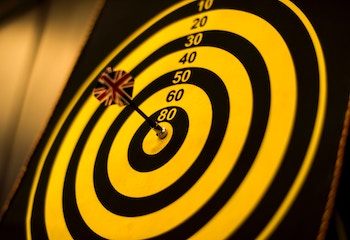 Did you know that January is the least common month for fundraisers?

Maybe it’s the holiday hangover and we’re all just trying to get back into our usual routines. Or maybe it’s because credit card bills are rolling in and everyone is dealing with the regret of overspending. For many people, the winter is a time of cold, snowy weather and so they are more inclined to hunker down in their homes to ride it out until things improve.

Whatever the reason, many groups seem to avoid running their campaigns during this time. However, what if it was your secret fundraising weapon? What if TeamFund could help you have your best fundraising campaign ever, because of something your competition doesn’t know? That the first few months of the year are an excellent time to start raising funds for your group.

If almost nobody is fundraising during this time, you won’t have a lot of competition. Anyone who works in an office has probably had the experience of seeing multiple fundraising catalogs crowding up the tables in the break room. It’s really hard to get people to hear you out or open their wallets when all their colleagues are asking for support at the same time. If your group starts their campaign when there are no competitors in sight, it’s a much easier sell.

Historically sales are also higher during this time.

Not only are you likely to make more sales overall, but did you know that supporters often spend more per purchase during these quieter months? Because you aren’t competing against all of your friends and coworker’s kids for sales, you aren’t getting caught as the second or third person in the office who is selling products at any given time.

You have an open playing field, so make sure to take advantage of it. Pair that with a great product and you can’t go wrong.

Since buyers tend to spend more in each sale you will not only make a higher profit for your team, but it also means you don’t have to work as hard to get those supporters on board in the first place. Let’s face it; sometimes it can be difficult to make sales.

Having a great product is an important start but if you are competing against a dozen other groups for attention, it can be hard to be heard over the noise. So why not stand out from the crowd and book a campaign with TeamFund today. All of our vendors are providing amazing products that people know and love already. That is the easy part. We would love to help you pick out the products that work best for your group, and then help you get started before your friends all find out your little secret and get the jump on you.