GoFundMe has been in the news a lot lately. On the surface it seems like an easy way to fundraise for various groups.

GoFundMe is the most popular crowdfunding website on the web although there are new ones popping up all the time. There are a number of different reasons people turn to crowdfunding. Some are using it for medical care, a student’s university costs, or to fund a dream vacation. Sometimes pages are created for catastrophic events, like the Humboldt Broncos bus crash. This campaign brought in over $15 million dollars (CAD) in about a month for the players and families impacted. It was one of the largest crowdfunding ventures in GoFundMe’s history. The most successful of all time was the Time’s Up Legal Defense Fund which raised $21.5 million (USD). Other top campaigns were the Las Vegas Concert Shooting and the Orlando nightclub shooting. High profile successes lead many to believe it’s easy to raise money through a crowdfunding campaign.

The problem is that not all requests are truly equal. It can actually be a very fickle platform.

The unfortunate secret of crowdfunding sites is that 90% of pages never reach their goal. For every great success, hundreds of pages are passed over or never even seen. Not every story can be on the front page and once a campaign is trending it often moves closer to the front. For struggling pages, they start getting buried deeper on the site and never get traction. A lot of very worthy causes fail to catch the attention of donors. The allure of crowdfunding for supporters is the ability to direct money to specific causes or groups. A well written appeal and personal photos can bring a sense of closeness for donors. The ability to feel like you have made a difference to real people in need is the essence of places like GoFundMe.

It can be exciting to be a part of something bigger. When you give to a non-profit organization they are the ones who see the front line stories. You might never know who your donation helped.

As a donor to a non-profit group you may hear a feel good story in their campaign mail out. However, you never really see the people the $50 you gave have helped. You may even feel disconnected from the process. When you read the heart wrenching story a mother tells about her sick baby, it pulls you in. Getting regular updates and watching the total raised grow in real time can be very gratifying. It just makes you feel good.

However, not every request is equally valued by visitors to the numerous fundraising sites. Donors tend to prefer giving to individuals rather than groups. There are exceptions, but groups usually have an uphill battle. For the most part people want to make a difference to a specific person rather than a general cause.  There are already plenty of non-profits that raise funds for these other issues. Whether it’s Literacy, Cancer, or Animal Right’s, there are plenty of places for individuals that want to give to different causes. When people come to a crowdfunding site it’s for a different kind of giving. Theses donors are looking for a personal connection to the recipient.

Groups like sports teams really struggle with crowdfunding. Even a compelling story doesn’t get supporters emotionally involved, which is the key to this type of fundraising.

There is so much competition for the attention of the giver and often people come to the site because they either know the individual personally or there was some kind of social media attention. Unless a story is on the news, like mass shootings, it’s hard to get eyes on your page. If you’re directed to a campaign by a link on Facebook you only see the page they came for.

A soccer team trying to raise funds for a tournament will almost certainly stay in the shadows. Donors rarely browse on crowdfunding sites. In other words, unless people came to the site specifically for you, they won’t see your page. Widespread media coverage of a tragedy can drive up donations. Once people have given, they are usually prompted to share your page on their social media. Studies have shown that we’re more likely to donate money to causes that our friends have donated to. A touching cause can create an almost endless loop of donations. Almost half of the money raised via crowdfunding goes to healthcare related pages.

Search GoFundMe.com and click the Sports category. You’ll land on a page that will tell you a dozen or so success stories. These highlights often tell you of pages that raised significantly more than their goal. It can be easy to be drawn in by the apparent triumph. However, if you keep scrolling down you’ll find stories like the U13 Port City Pirates baseball team. They only raised 8.5% of their goal over 4 years. This type of story is not unique. The Twisted Sisters Girls Broomball Team fundraised for 3 and a half years and got to less than 4% of their goal mark.

There are thousands of crowdfunding campaigns that you have to compete with right now. Getting donors means you must have the most compelling story on the site.

Crowdfunding for sports teams is a difficult sell and can be uncomfortable for both parties. Many potential supporters can feel like they’re being hit up for money by a friend rather than feeling personally connected. It’s not that people don’t care. They’re just not moved enough to open their wallets if they don’t feel deeply moved by a cause. This is even truer for minor sports teams. Bigger name groups, such as national teams or Olympic athletes can sometimes get enough exposure and beat the odds. However, most athletes will never reach their goal and many will never raise anything this way.

Product sales continue to be a most successful model of fundraising for sports teams. With carefully selected products, this method will generate more funds for your group. Media driven stories and urgent medical appeals seem to be the causes that sites like GoFundMe were made for. It’s not that your team isn’t worthy of support, but there are just too many groups competing for attention. Save your time and energy and focus on the proven model of fundraising. Food sales never go out of style because people always need to eat.

Selling a product is an equal transaction where both parties benefit.

TeamFund has carefully chosen all of our vendors. Whether you work with us or choose a single vendor, you are providing a service to your supporters. You’ll bring in greater profits and your friends won’t feel awkward. Plus, your team will have their profits within a few weeks rather than waiting for a few years. It’s a win-win.

Need another reason to check us out? We offer personalized one on one support. Most of our campaigns are online, which means it’s virtually paperless. We collect all the cash and balance the books for you.

Ask us how to get started today. 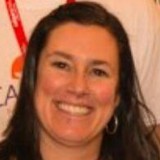 Founder of TeamFund.ca | Love to eat and travel-doing both at once in my sweet spot.

Subscribe to our newsletter to get the latest fundraising tips.