The newest trend in fundraising is food!!

Did you know that there is a new trend in fundraising and TeamFund is part of the wave?

In the past it was up to individual organizers to figure out what options there were and then choose one. Companies didn’t really advertise their fundraising programs and so you weren’t likely to hear about them. This meant you may end up with only one or two vendors to choose from.

It was like recreating the wheel each time a new person took over as organizer or a new fundraiser started.

However, when the economic crisis of 2008 hit North America, it changed the fundraising climate.

However, in the past they were often seem as an afterthought. Little effort was put into developing programs or letting people know. Instead companies focussed on their connections to retail stores or grocery chains. 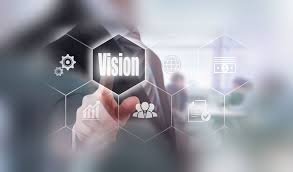 Over the last few years we have seen a real surge in the interest small businesses have with fundraising revenue.

In fact, for some companies, they gave up traditional sales and this is all they now do. The trend in food fundraisers has raised the bar and companies are not only offering real profits to groups that want to fundraise, but they’re making it easier than ever before. Taking it to the next level,  TeamFund brings multiple vendors together to streamline the process and allows smaller companies to be a part of the new revolution in fundraising.

Non-profit groups can combine products and make more sales because they can offer a greater variety of items for supporters to choose from. For example, you can pair Baba’s Perogies with a Meat Fundraiser so that your vegetarian friend still has options. It also allows products that are traditionally pricier, like meats to be paired with less expensive bags of perogies. Now, you have a price point that any of your supporters will like. Plus, many people will buy items from both vendors at once. For organizers, they don’t have to work with multiple companies that have different processes in order to do this.

TeamFund is one stop shopping and makes the transaction easier for both the vendors and the buyers.

Over the last few years food sales have really taken the lead in fundraising. This is partly because of the economy, but is also because it’s an easy sell. When the economy was running full tilt, people had extra money to purchase just about anything teams were selling. Maybe your neighbour’s kid is selling coupon books, poinsettias, or rolls of wrapping paper. You didn’t really want rolls of wrapping paper in October and poinsettias are poisonous for your cat. Not everyone likes coupons either and those than do likely forgot to bring the book when they needed them. However, because you wanted to support the team, you bought one or two because you could afford it. Now that the economy has taken a downturn, many families had to change their spending habits.

What never changes though, is that food doesn’t go out of style.

People are still eating and they appreciate quality products at fair prices. That’s where food fundraisers have not only managed to withstand the economic downturn, but have flourished. Your friends feel good about supporting your son’s soccer team, and they don’t end up with a box full of stuff they probably won’t use. Instead, they are buying meat or perogies from a brand they already love. And unlike product fundraisers of the past, people aren’t just buying one or two things to appease the seller. Instead they are often spending the money to fill their freezers.

Did you know that the average TeamFund campaign earns $1700 in profits for a sports team?

It’s true!! It’s not uncommon for teams to sell over $9,000 worth of food in just a couple weeks. We’ve even helped school groups reach $10,000 in profits. The reality is that most people will give up going to movies or concerts before making major changes to what they are eating. A down turned economy may force them to cook at home more, but they are still eating.

Food fundraisers will always be popular which is why they are perfect for your team.

Because your supporters consume what you’re selling, by the time you are selling again, they will be ready to buy. The same can’t be said for products that get stored in a box in your crawlspace. Not only do you want happy supporters now, but you want them to be buyers again next year. 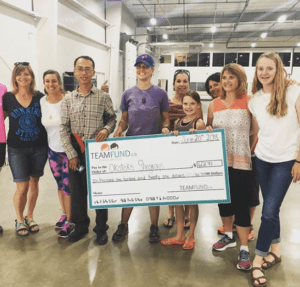 Using food to fundraise really is a proven formula. It withstands the economic ups and downs that seem to have become our new normal.

It has also helped small businesses to weather the storms. By creating the new sales stream, smaller companies can stay afloat when the economy takes a dip. It also introduces them to new customers who they couldn’t reach before. Word of mouth can grow a brand, but small companies may still struggle to attract customers outside their immediate community. Fundraising supporters get the opportunity to try new products and the company gets a new customer.

TeamFund has bridged the gap between non-profits and amazing vendors who have perfected their products.

You also don’t likely don’t have the time to contact 20 companies to find out who fundraises. Then of the ones that do, who really wants to try to compare them all? That’s where we come in. We don’t want them to stop being excellent and we want you to raise money for your group.

We’ve done the leg work for you and cultivated great relationships with all our vendors. We are really choosey about who we work with. All of our products are not only loved in the community, but are proven sellers for our non-profit groups.

Different vendors pair great together and some have seasons where they sell especially well.

We would be happy to help you choose which items would sell best for your particular fundraising campaign. The best part about what we do is bringing you together with our wonderful vendors. It’s a privilege to be a part of your fundraising journey and we love seeing groups year after year. It also feels so good helping small businesses in our community find new ways to thrive.

Want to find out which amazing vendors are ready to fundraise with you?

Click here for our favourite partners in the OKANAGAN VALLEY and area.